While my husband wanted to avoid gender-typing our daughter before she has even exited my womb, he is a good sport and has let me splash the nursery with bits of pink here and there. (Wait, I heard “real men wear pink,” or some other saying like that.) 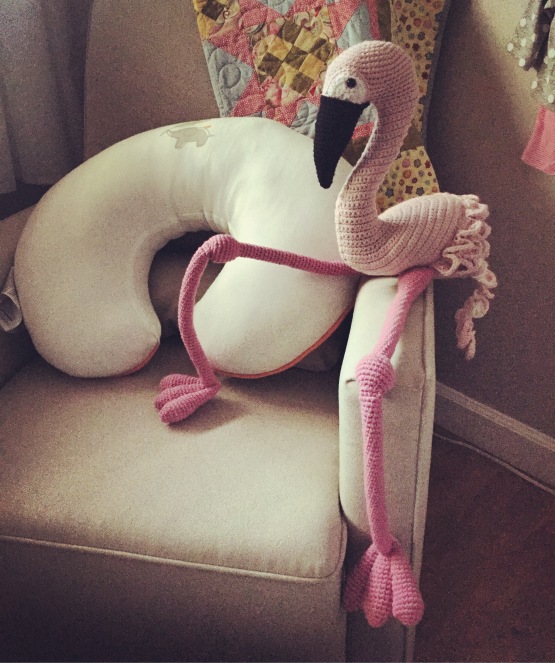 I wanted to make our daughter her own stuffed animal, and a flamingo seemed so fitting. I loved flamingos in elementary school, and they seem like such whimsical, fun creatures to feature as part of a nursery.

I started designing a flamingo plushie in the style of my other original creations; however, my original design was “put on the back-burner” when I came across Vanessa Mooncie’s flamingo pattern from her book Crocheted Wild Animals, which I purchased from Amazon. She is larger than the average plushie, and I knew I had to make her! 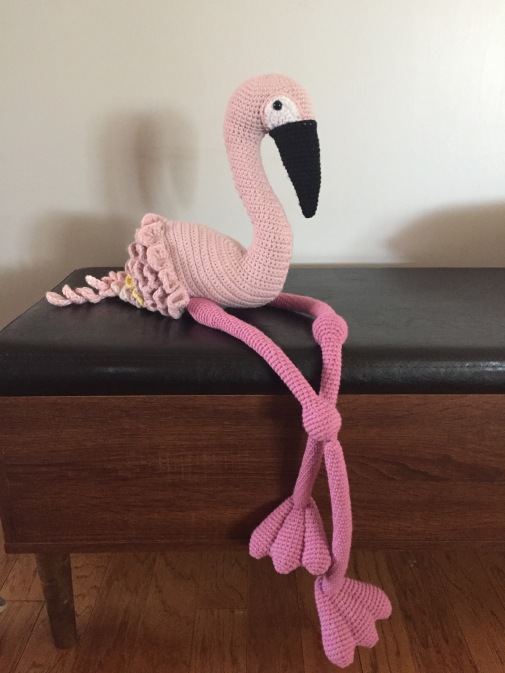 The overall directions are fairly straightforward, but there are portions that are a bit more involved and complicated, especially when constructing the feathers. There were also portions of the directions that (I feel) could have been written with more clarity, and other sections seemed to have editing errors because simple directions were omitted (such as turning at the beginning/end of  a row).

I tried Googling some tips on the pattern when I got stumped (to no avail), so I thought I would share insight into the specific directions that I struggled with, and also provide a few pointers.

If you came across this page after being stumped by this pattern, good luck! Hopefully I was able to assist! Happy crocheting. 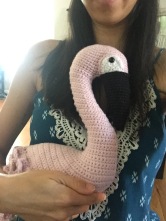 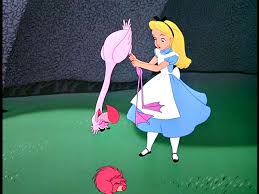 I think of Alice in Wonderland when holding her.

find me on social media